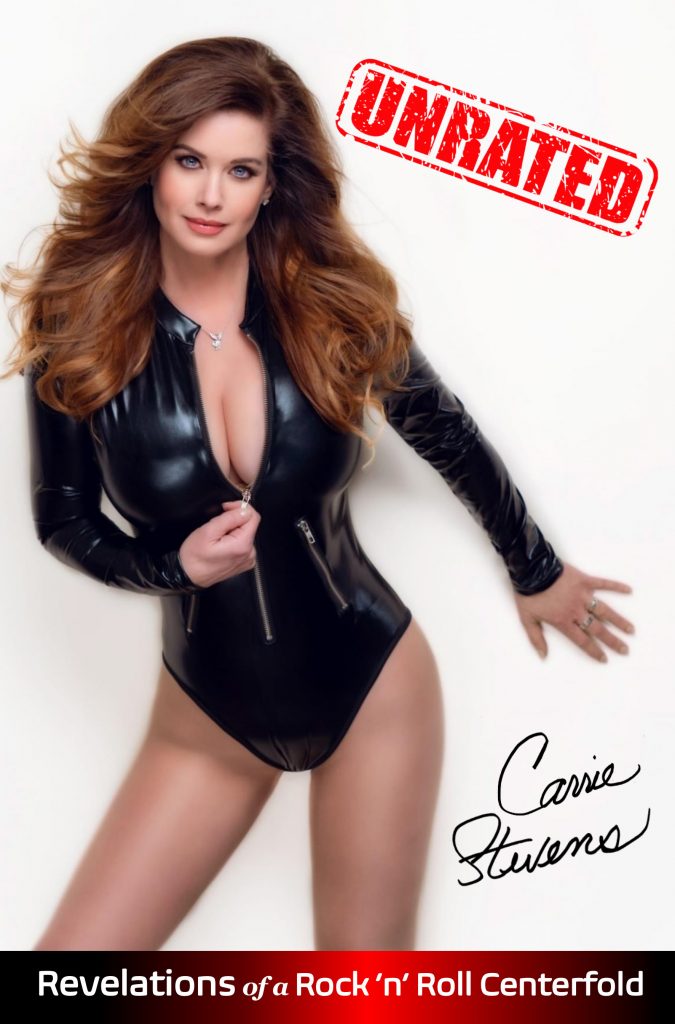 Carrie's life story in her own words...

They were just a couple of tweets, but they propelled actress and Playboy Playmate Carrie Stevens into the headlines as stories swirled about sexual harassment in the movie industry and President Trump’s alleged affairs. Besieged by the media, Carrie was shocked and astounded at the frenzy these tweets aroused. It convinced her that she needed to write her memoir. Her attitude: If they think these stories are sensational just wait until they hear about all of her life’s adventures. The result is UNRATED Revelations of a Rock ‘n’ Roll Centerfold, the memoir of an unimaginable evolution from small town girl, to an extraordinary life in the fast lane. A life in which she had intimate encounters with marquee celebrities from all walks of life—rock stars, Oscar winning actors, movie stars, royalty, a future president, sports legends, and billionaires. It’s a life she shared with the privileged and the powerful that took her from KISS's tour bus to the Playboy Mansion, hopping on private jets at a moment’s notice and cruising the Mediterranean on mega-yachts. And even six months as a “guest” in the exotic harem of the Prince of Brunei. 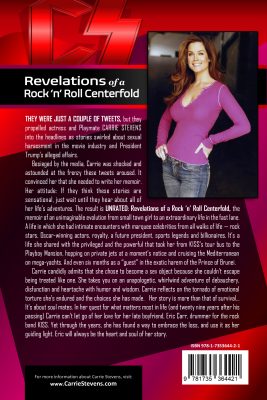 Carrie candidly admits that she chose to become a sex object because she couldn’t escape being treated like one. She takes you on an unapologetic, whirlwind adventure of debauchery, disfunction and heartache with humor and wisdom. Carrie reflects on the tornado of emotional torture she’s endured and the choices she has made, including life as a single mother. Her story is more than that of survival...It’s about soul mates. In her quest for what matters most in life, (and twenty-nine years after his passing) Carrie can’t let go of her love for her late boyfriend, Eric Carr, drummer for the rock band KISS. Yet, through the years, she has found a way to embrace the loss, and use it as her guiding light. Eric will always be the heart and soul of her story.

Collectors editions of UNRATED Revelations of a Rock 'n Roll Centerfold are available exclusively on CarrieStevens.com. To assure you are getting Carrie's authentic signature, she is offering VIP packages, which include your choice of a hardcover or softcover limited edition, numbered and personalized copy of UNRATED. Carrie salutes your name, (example: To Michael) and she will email you a photo of herself holding your very own autographed edition of her riveting memoir, which is filled with dozens of original photos and never before seen memorabilia. You will also receive a signed trading card (pictured below) in a protective cover, which completes your VIP package...as it makes the perfect bookmark! To prevent fraudulent sales on resale sites, and out of respect for the people who have paid for this VIP package, Carrie cannot accept requests for signature only orders. Please specify the name you would like your book autographed and personalized to, in the order process. Thank you! 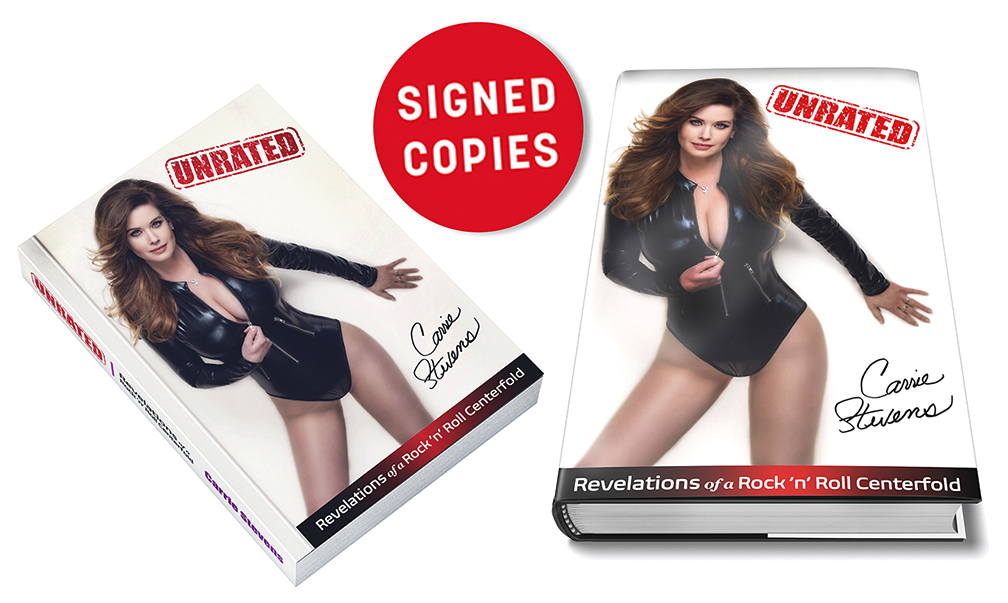 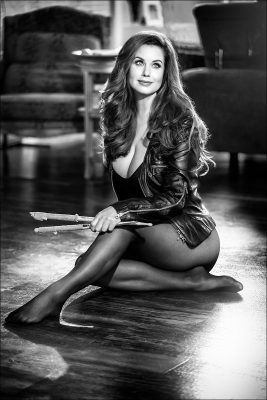 Carrie Stevens holding a pair or Eric Carr's drum sticks, that he actually played with, broke, with the original tape in tact.

(shipping included in all prices)

(shipping included in all prices)

To request an autograph made out to a name different than that of the buyer, please email us at : CarrieStevensUNRATED@gmail.com